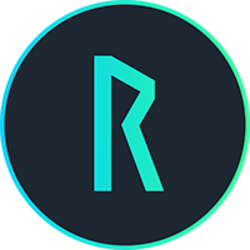 Thorchain is a cross-chain liquidity network, enabling swaps between native layer 1 assets such as Bitcoin, Litecoin, Ethereum or BNB without going through a central custodian. Thorchain is completely decentralised and built by a semi-anonymous global team. It’s current flagship product – a cross-chain DEX – is currently in Beta but has seen tremendous demand due to its unique positioning and is currently integrated by multiple exchanges and wallet solutions as a liquidity source. In the future, Thorchain will support even more digital assets such as privacy coins and introduce synthetic swaps with marginal fees as well as various DeFi applications on top of its protocol.

BTC is also a very narrow purpose enterprise – it secures both the money and the ledger of the money.

Enterprises come in many varieties and structures. A family is an enterprise. As are schools, grocery stores, mayors’ offices, discord channels, Apple, and so one. The fastest growing sector of enterprises are digital native ones which embed tokens to generate network effects to accelerate the growth of the enterprise and its target market.

What if there was a way to gain economic exposure to the most significant of these digital, network-effected, native enterprises? What if that access was tokenized and itself had network effects? That is $RUNE

To understand the crypto index fund aspect of RUNE, consider the collection of Thorchain LPs starting with BTC, ETH, BNB, LTC, BCH with new, crypto-economically significant ones added over time. Each LP is 50% RUNE, 50% the non-RUNE token.

As a consequence, BTC holders who LP won’t materially change their economic exposure to BTC. There is some exposure to RUNE’s short-term volatility. But over time, BTC get BTC’s price action and also gain significant fee and network growth value capture.

Who piles in after BTC? Certainly ETH will be #2. In a world with dramatic growth of network-effected enterprises on many varieties of chains, the need for value transfer and associated fee opportunities will be massive. Think of the other L1s, privacy coins, L2 tokens, and so on ..

Network grow itself drives value accretion. How? The price of RUNE has two parts baseline value and a speculative premium.

Baseline value will almost always be greater than *the total on non-RUNE value* in the network times 3 divided by the number of RUNE in the network. Again, see this thread for details: https://twitter.com/SlawTeh/status/1375516578796630022

Grow in the non-RUNE LP value drive the valuation of RUNE. If inflows are $1B, the market cap of RUNE rises $3B all things equal. (There are 200M RUNE in circulation and 500M max total.) That $1B adds $15 to each circulating RUNE.

Imagine aping 2 BTC into the BTC:RUNE LP. That position immediately rebalances to 1 BTC and the equivalent value of RUNE. As more BTC is added, it forces RUNE higher, and as the pool rebalances, you end up with more BTC. Some label this outcome ‘impermanent loss’.

If you ape early, all the other apes, regardless of their choice of the coin, buy you BTC. In fact, it’s not unreasonable to expect to end up back to 2 BTC and gain 2 BTCs worth of RUNE.

If an index fund is a low-cost, efficient investment vehicle. RUNE in an LP is like an index fund, mixed with exchange income and network growth value capture. Wait until they add borrowing and lending fee income.

If BTC is money, RUNE is the BTC analog to network-effected, crypto-native-enterprise index investing .. well, let’s say that Thorchain may become the Blackrock of the crypto-verse and $RUNE is the way to own a piece of the rock, to in-prudentially remix corporate attributes.

Initially I did not decide to invest in Thorchain at $0.30 – my ignorance hurt till today. It’s been said “the more you read the more you understand and build confidence” and that’s true. What grabbed my heart in Thorchain is a token design – it’s value is built in to the TVL of protocol. That’s very rare feature and a characteristic of great tokenomy. Not even mentioning relentless, super skilled team and one of the most prominent communities crypto space has seen so far.

Cross-chain swaps are a holy grail of crypto, until now nobody managed to crack this issue. Thorchain team took a new approach, using new technologies, in order to finally deliver native decentralized exchange that will work across many blockchains, without wrapping or using synthetic assets. That original vision is now fulfilled, but there is so much more they want to do so I’m still extremely bullish on Rune.

I have been following Thorchain for a long time. From the beginning, the excellent community has made it very easy to understand and support the project and its vision. What Thorchain has put up so far and has in the product pipeline for the next months will turn the complete market upside down and contribute a significant part to the mainstream of Crypto.